Work by Yellowknife’s Angela Gzowski is featuring on Netflix’s Instagram after she won the chance to work on one of the entertainment giant’s biggest new shows.

Gzowski, among the territory’s best-known photographers, spent time shooting behind the scenes of The Chilling Adventures of Sabrina.

She was flown to the show’s set, inside a warehouse in Vancouver, earlier this year while the stars worked on season two.

Season one was released in full on Netflix at the end of October. This incarnation of Sabrina is a supernatural horror adaptation, significantly different to the 90s sitcom version starring Melissa Joan Hart.

“It’s not the same at all but I love what they’ve done with the show. This is based off a comic that was a lot darker,” said Gzowski, who was placed on a shortlist of five after responding to an online callout for photographers with examples of her work.

Ultimately, she was among three photographers hired in Netflix’s Grammasters contest – which recruits people to take photos for the company’s Instagram account.

Watch: Cast of Sabrina the Teenage Witch react to scenes from The Chilling Adventures of Sabrina

“My job was to capture the stills behind the scenes,” she said. “I would be shooting the cast, the directors, lighting assistants, people doing their make-up, all that stuff.

“Everyone is working while I’m shooting. Some actors are more ‘in the zone’ – the days are much longer than I thought.

“I didn’t think actors work as hard as they do. They’d start at 6am and go until 11pm.”

Gzowski said she “only got in trouble once” while wandering around the set – when she tried, and failed, to sit in on someone having their measurements taken for an outfit.

“They’ve just made boxes of everything,” she said, describing the illusions created by the show’s set designers and admitting the experience had ruined television for her “a little bit” – she now spends her time wondering what each show’s set looks like behind the scenes.

“Even the tiles in the ‘bathroom’ were just printed on paper. It still looks incredible, just with cutting corners and printing things off,” said Gzowski of the Sabrina set.

“There are so many jobs I wasn’t aware of, like the stand-ins. Then they do all the lighting – they put in so much fog that you can’t even breathe – and it’s so hot in there. Then the actors come in after being in make-up for a couple of hours, then they switch to another location.”

Most bizarrely, Gzowski found herself the Inception-like star of another photographer’s shoot. While she photographed the actors, someone else photographed her at work as part of the promotion.

“But I’m pretty happy with my images. I do photojournalism a lot, so it’s natural to just go in with a bunch of questions and shoot.” 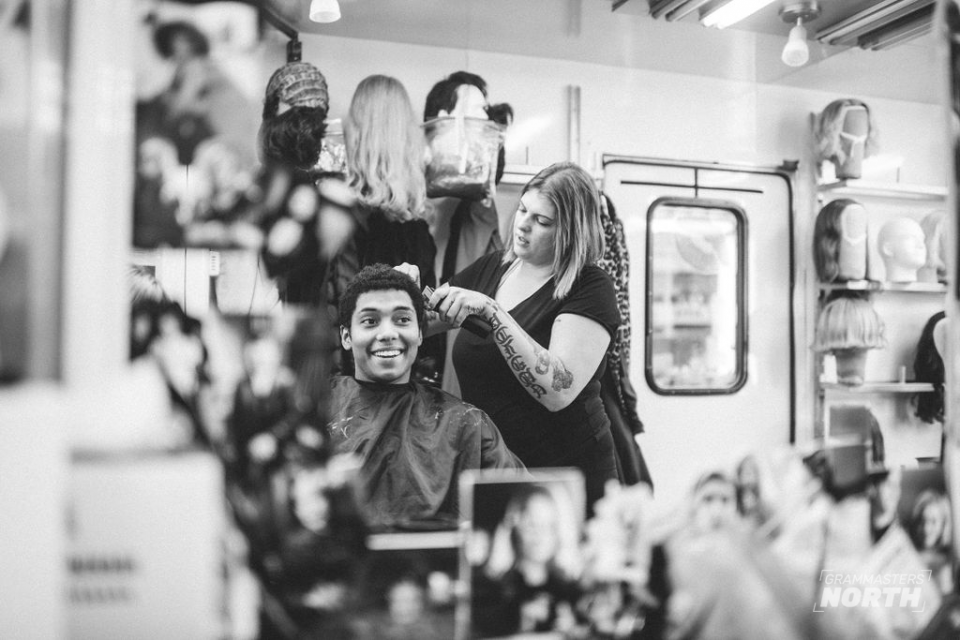 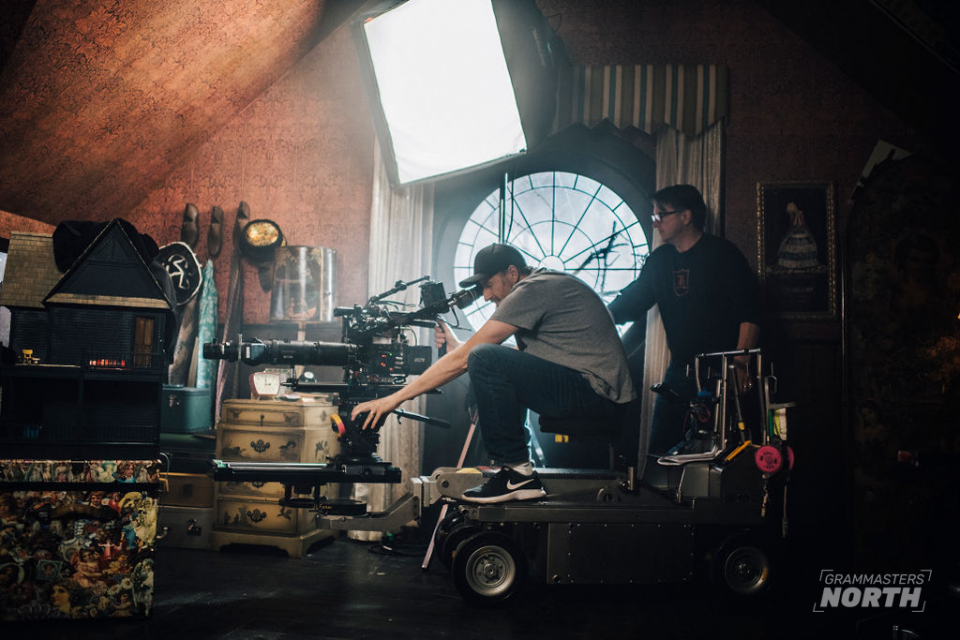 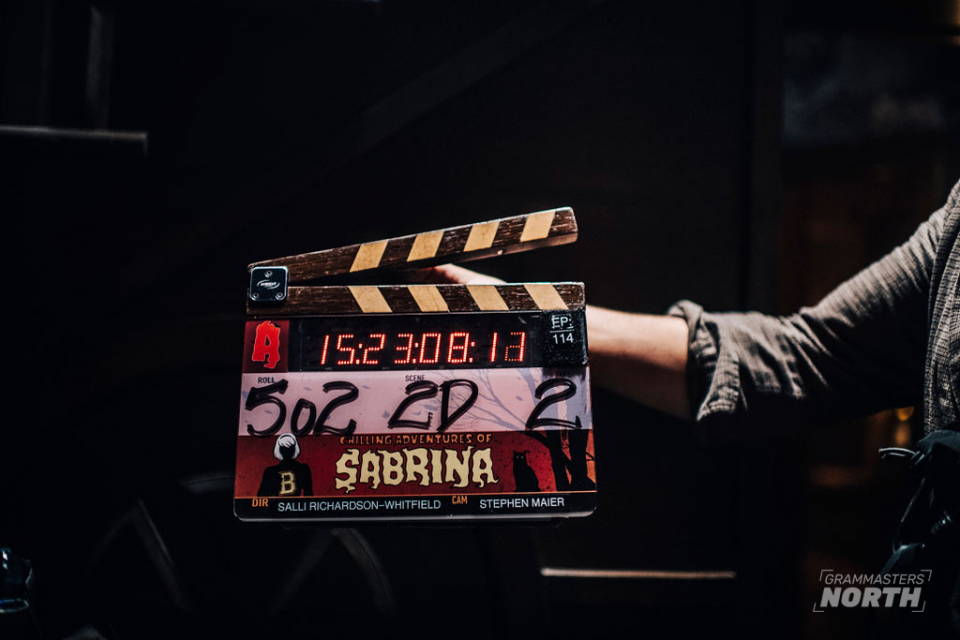 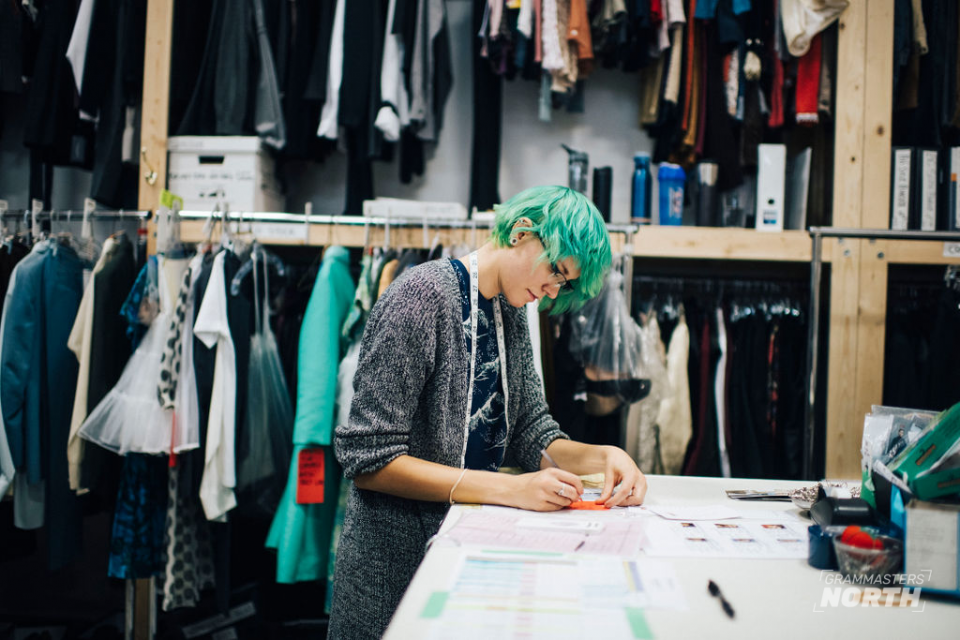 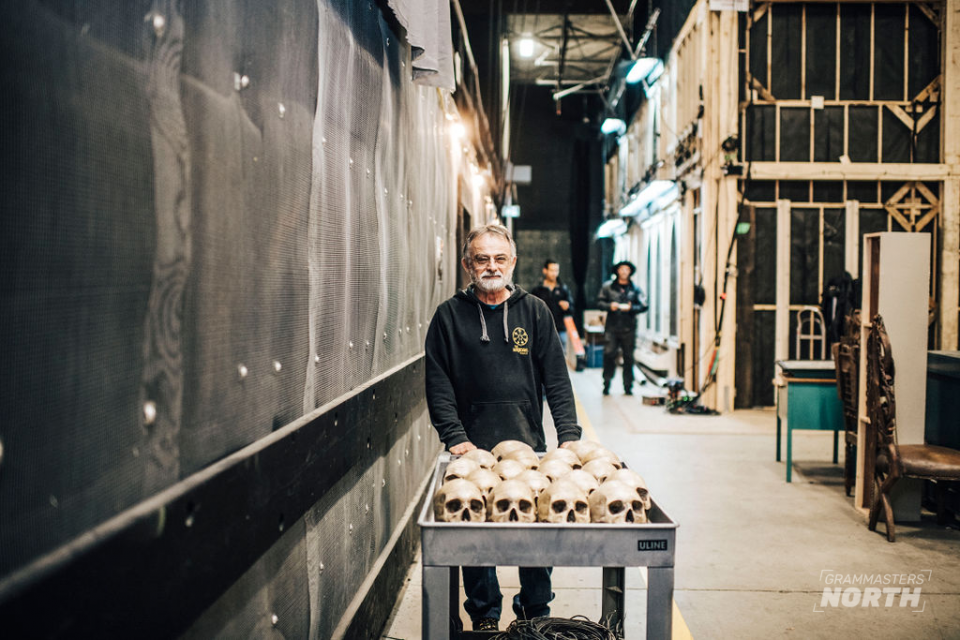 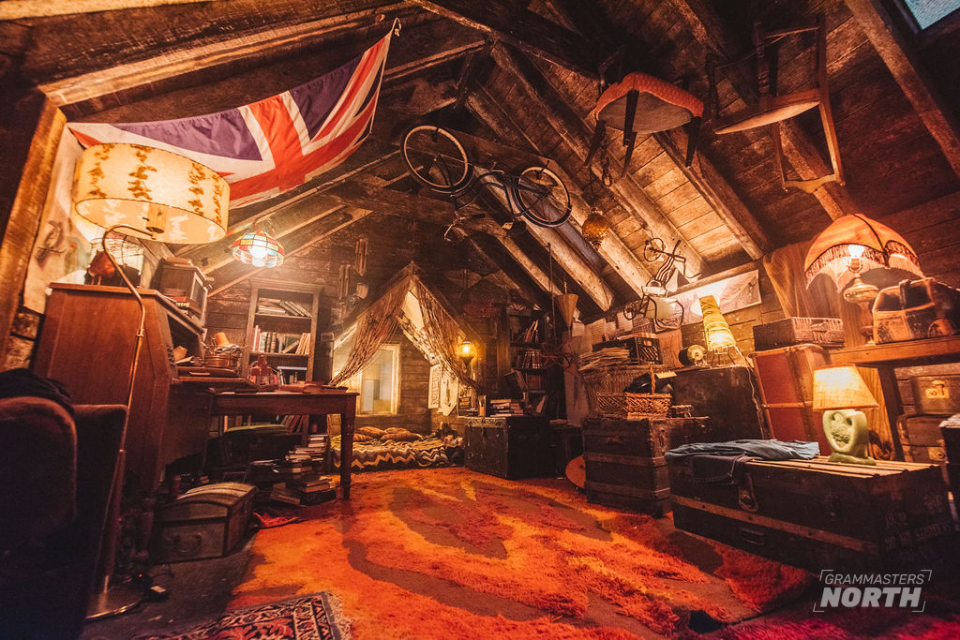 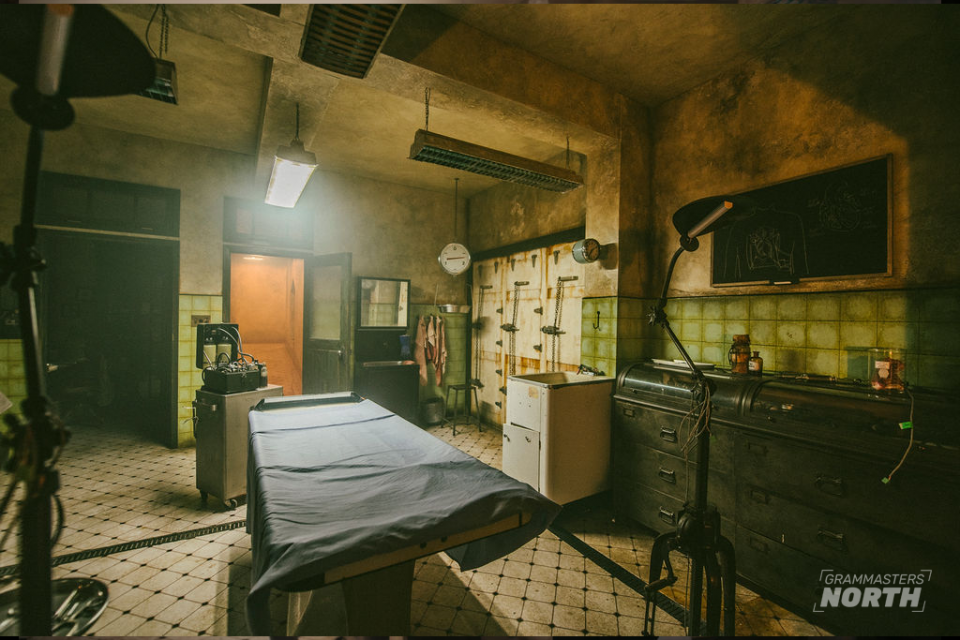 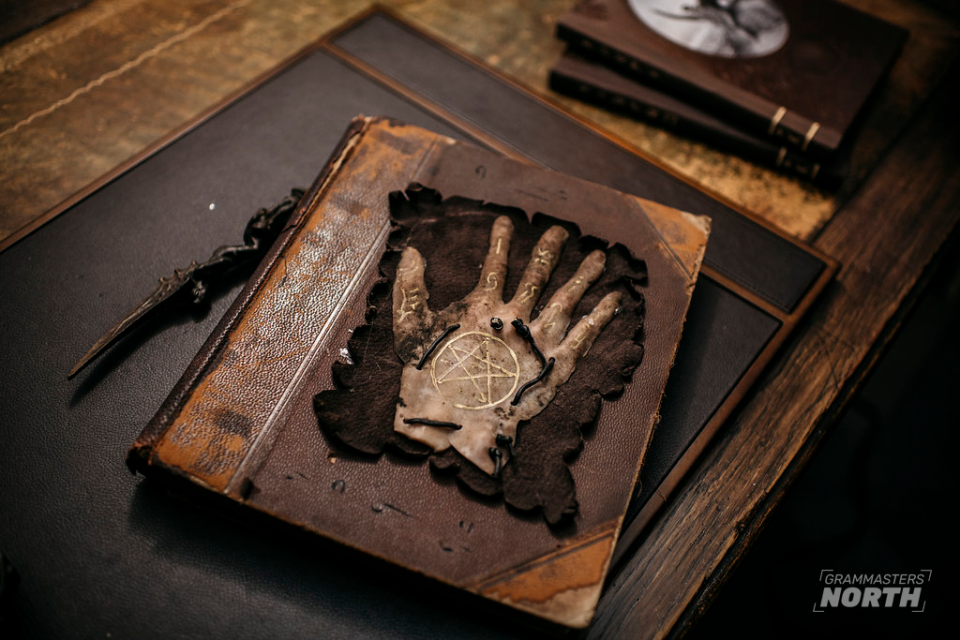 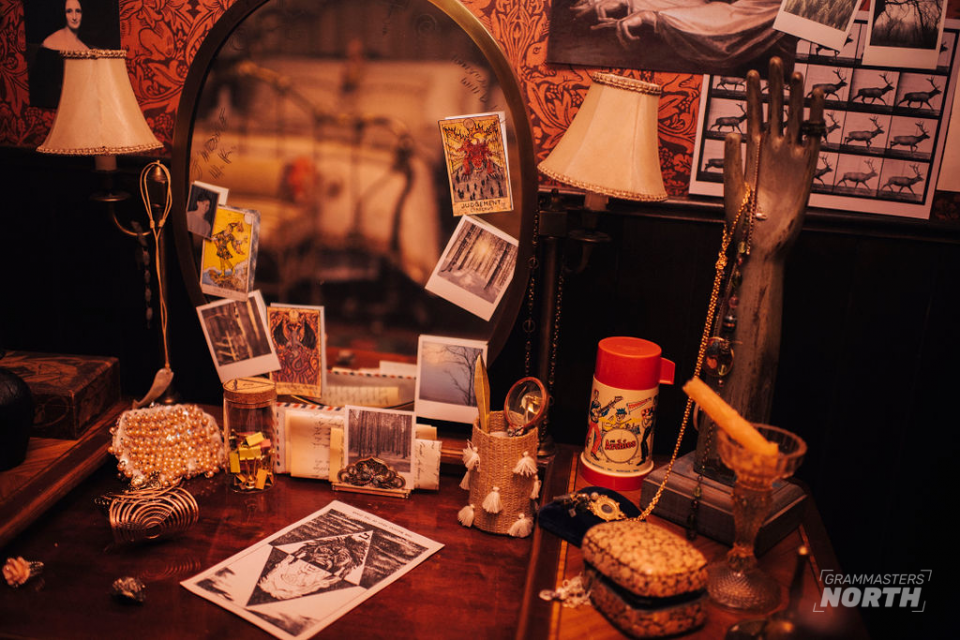 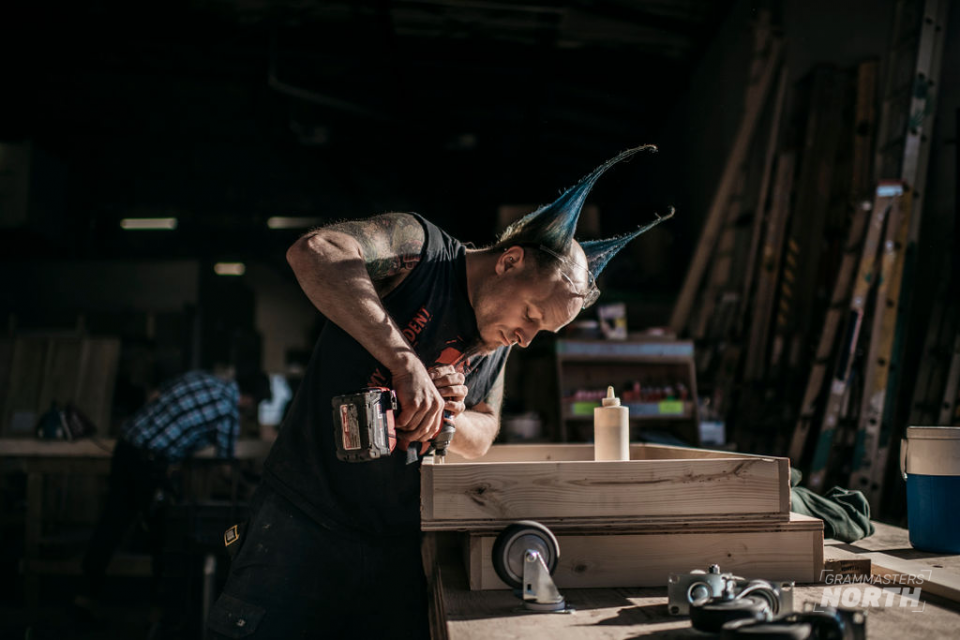 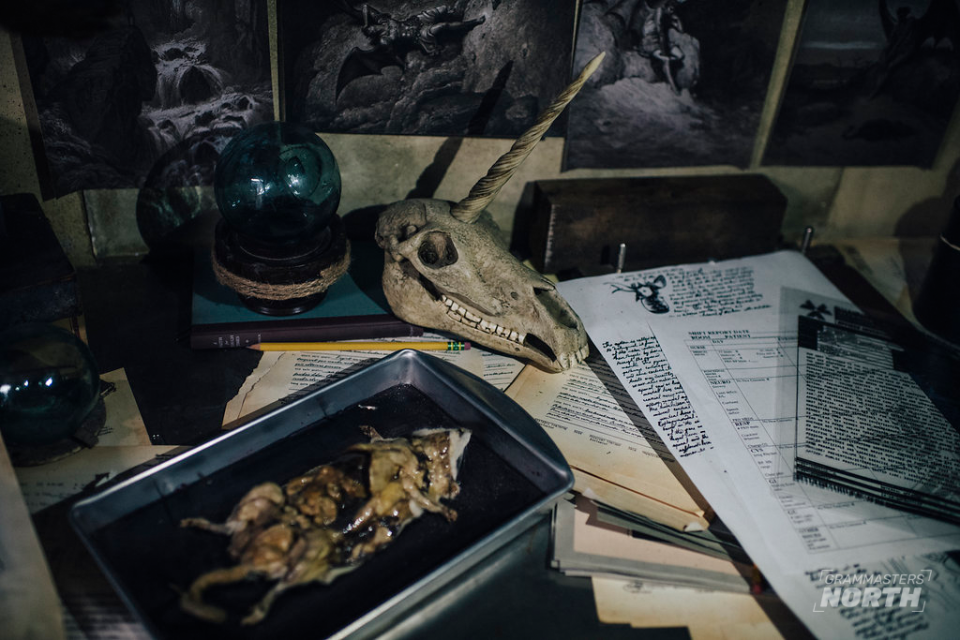