As the floats marshalled in front of City Hall at 5:30pm, a costumed Mayor Rebecca Alty greeted participants and mugged for cameras in temperatures of -19C.

At 6pm, as police sirens wailed, the procession wound down 53 Street and Franklin Avenue, with the parade ending at 49 Street.

Children scrambled for candy canes handed out along the route. The floats were sponsored and designed by community groups and public safety organizations, along with area businesses and schools.

This year’s parade also featured the first edition of the Holiday Market inside Centre Square Mall, which ran from 5pm till 7:30pm. 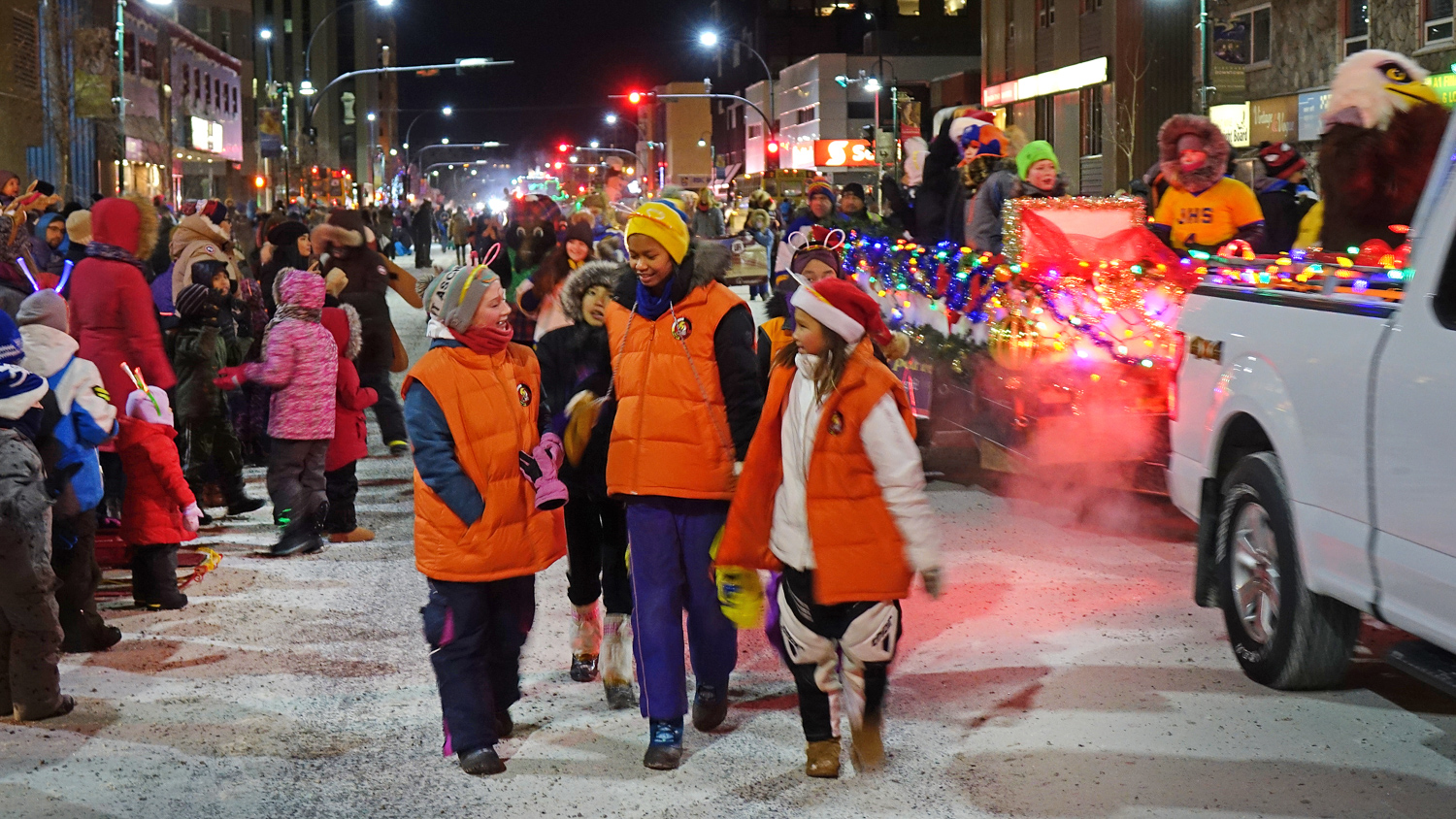 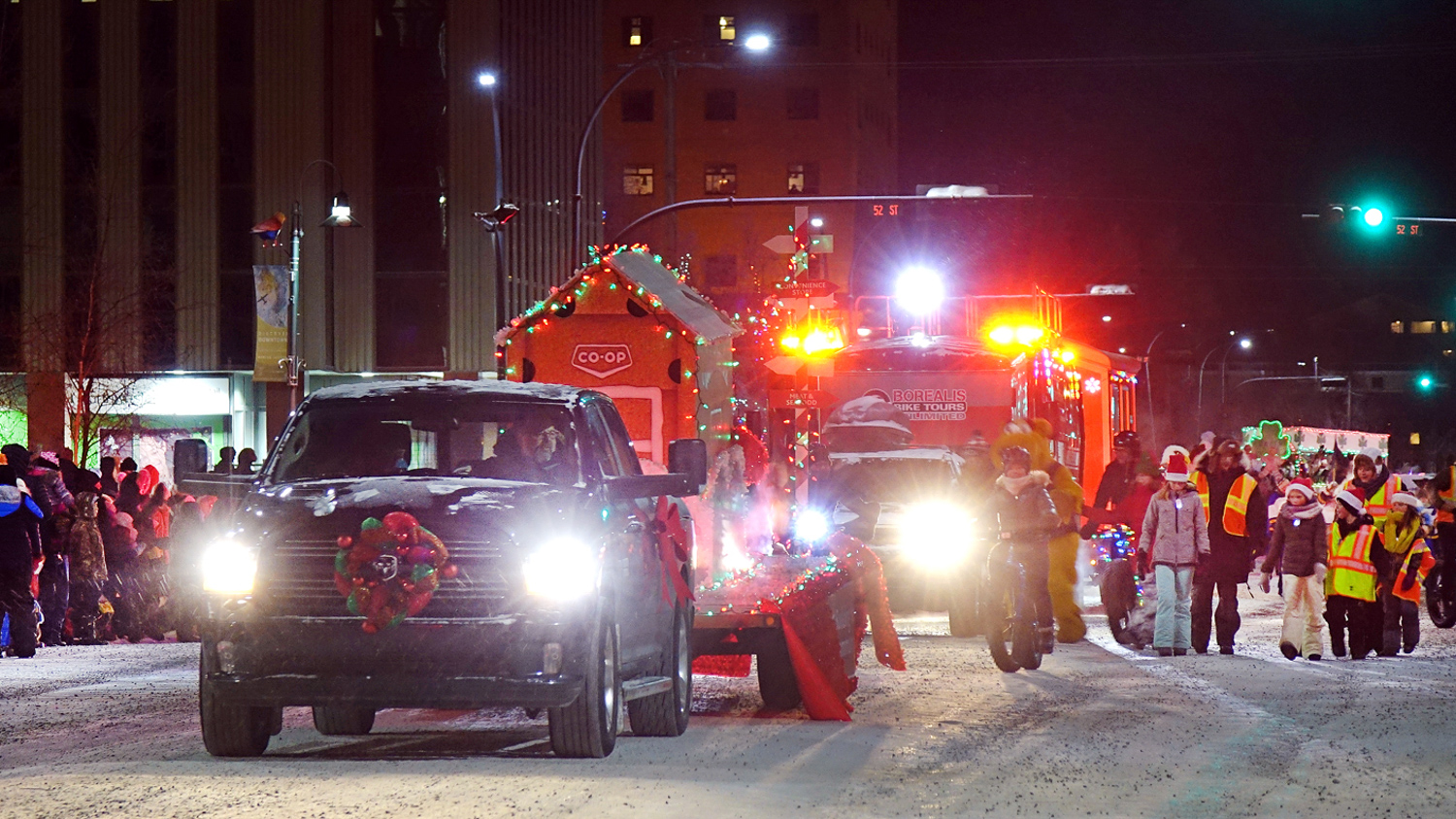 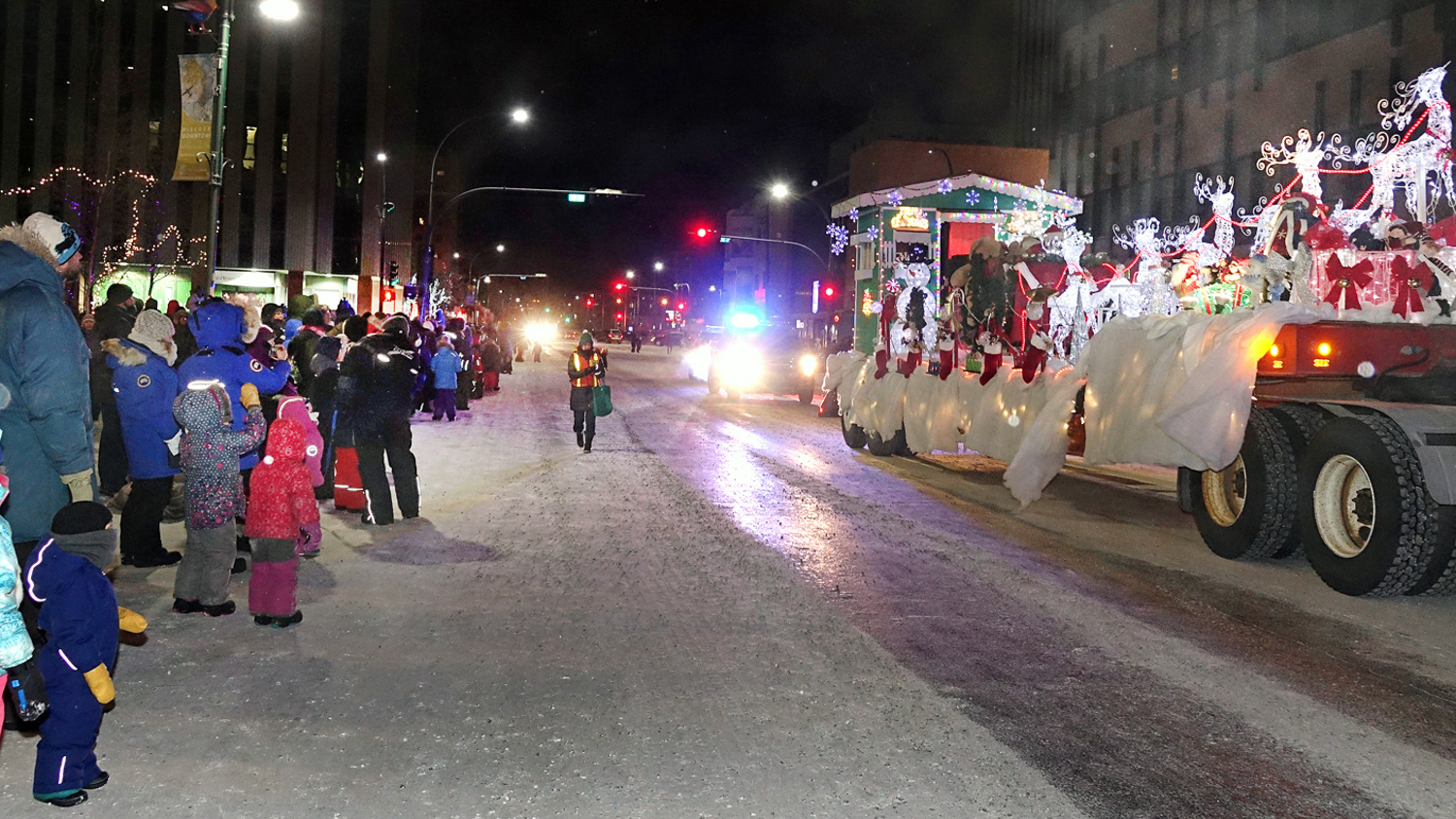 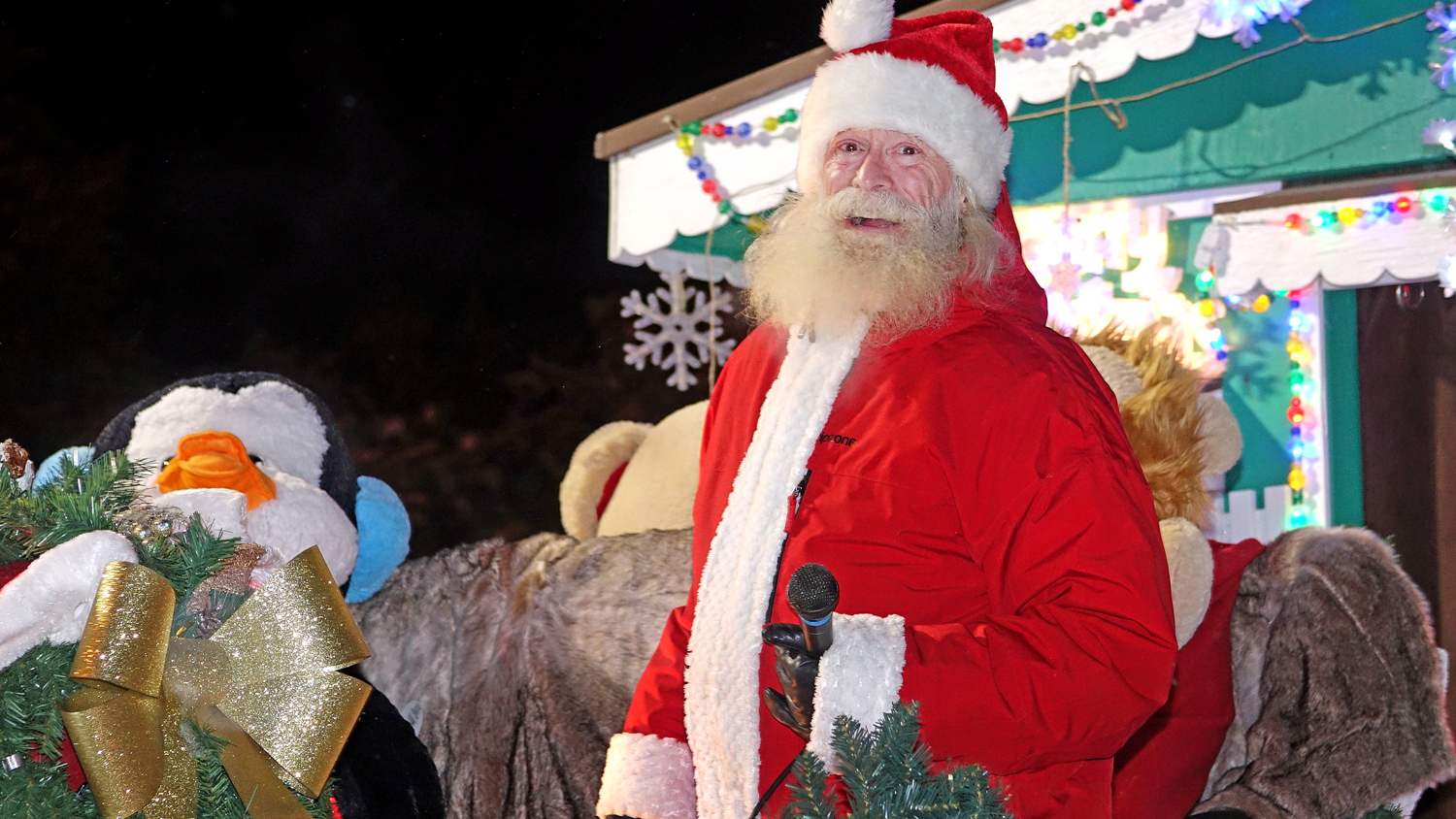 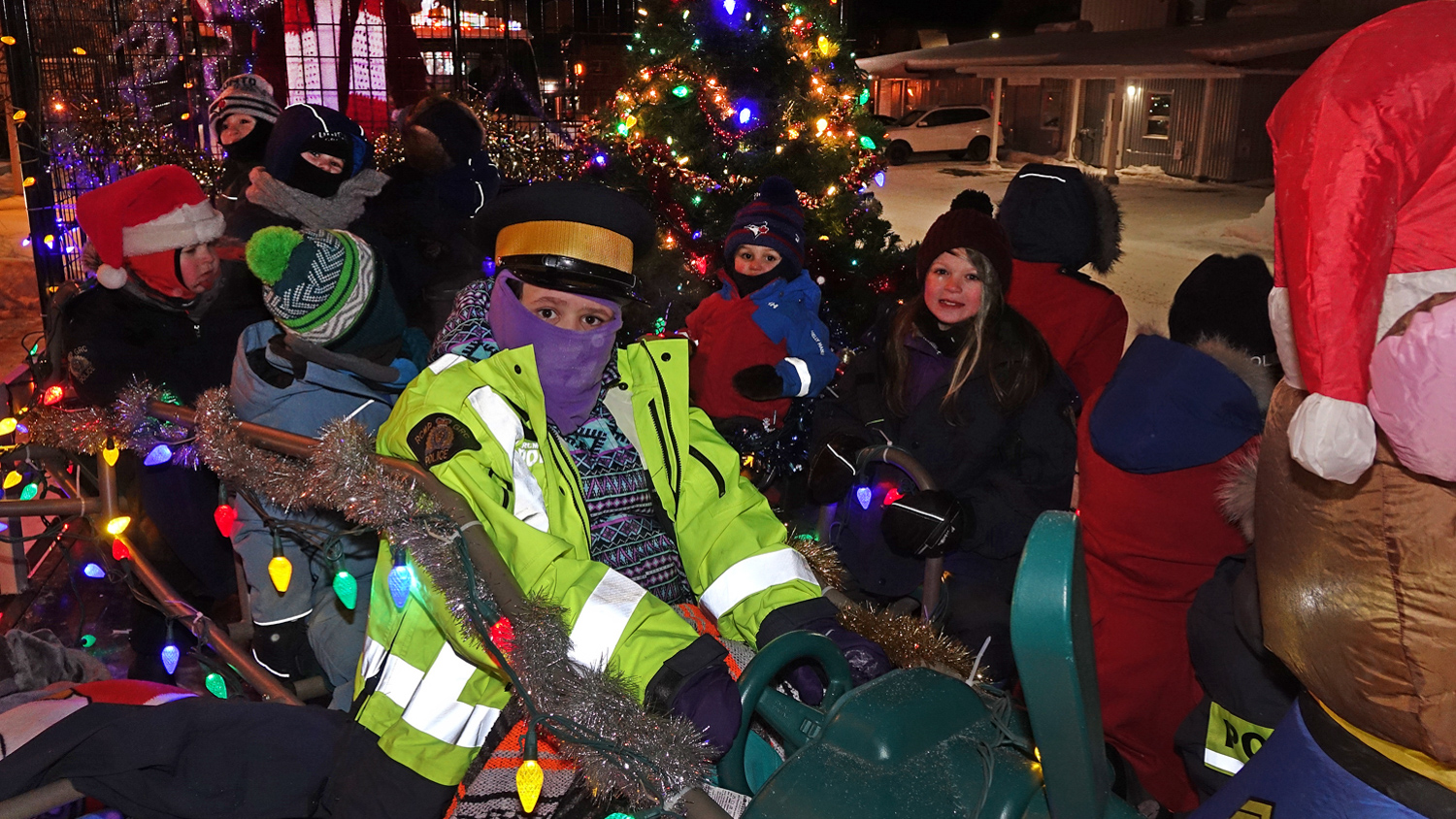 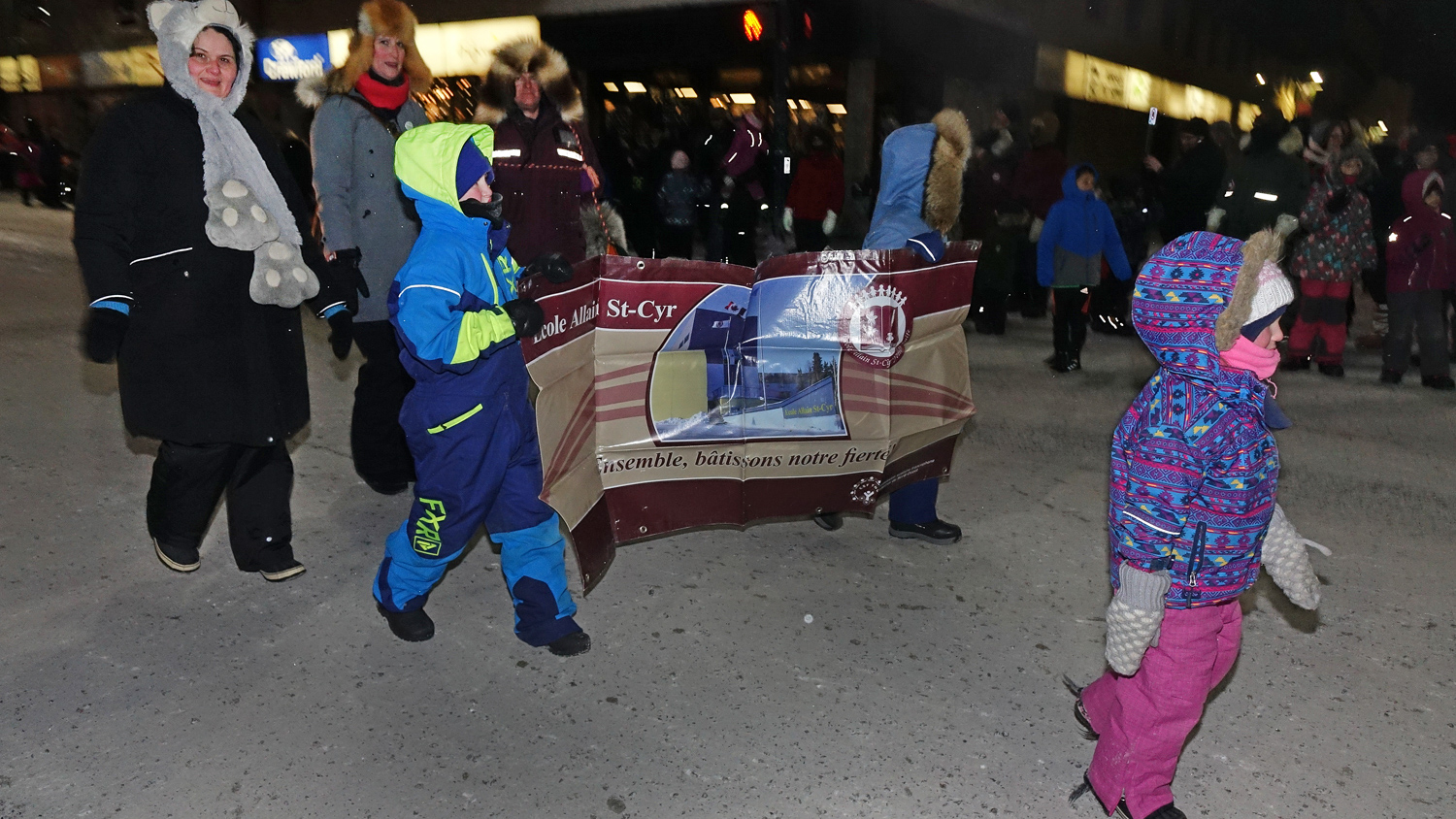 The City of Yellowknife specifically thanked the following community groups for their support: 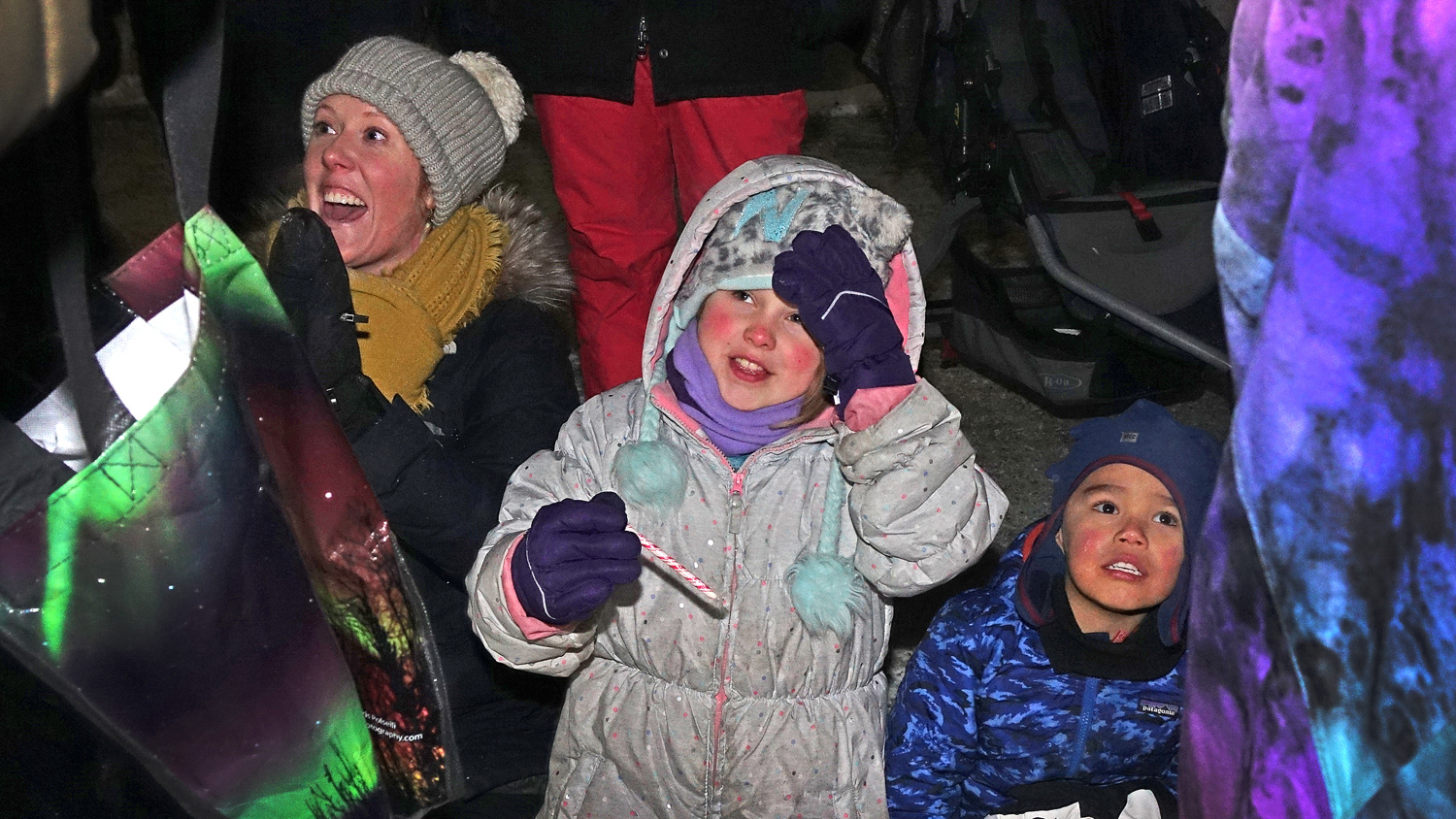 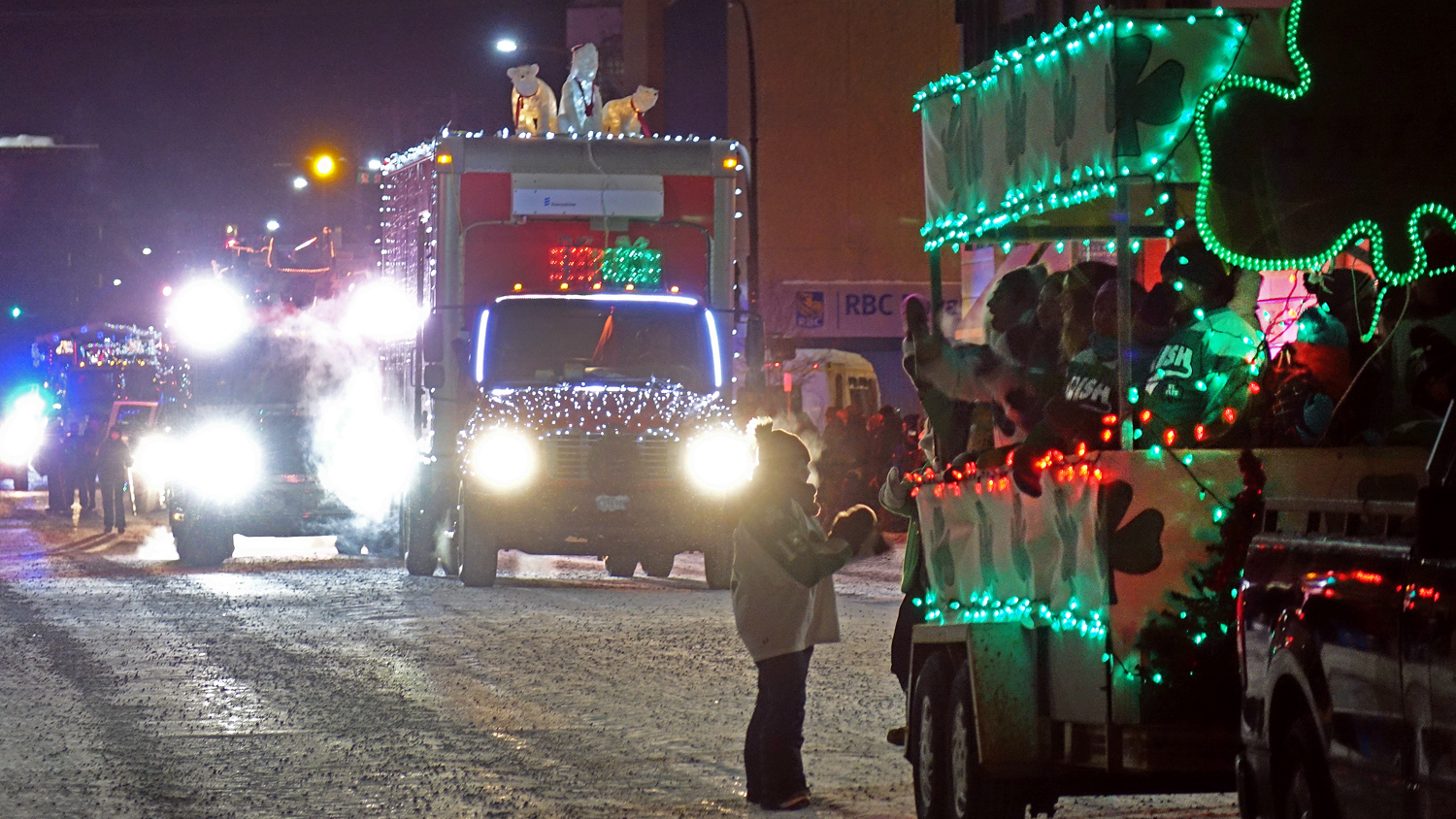 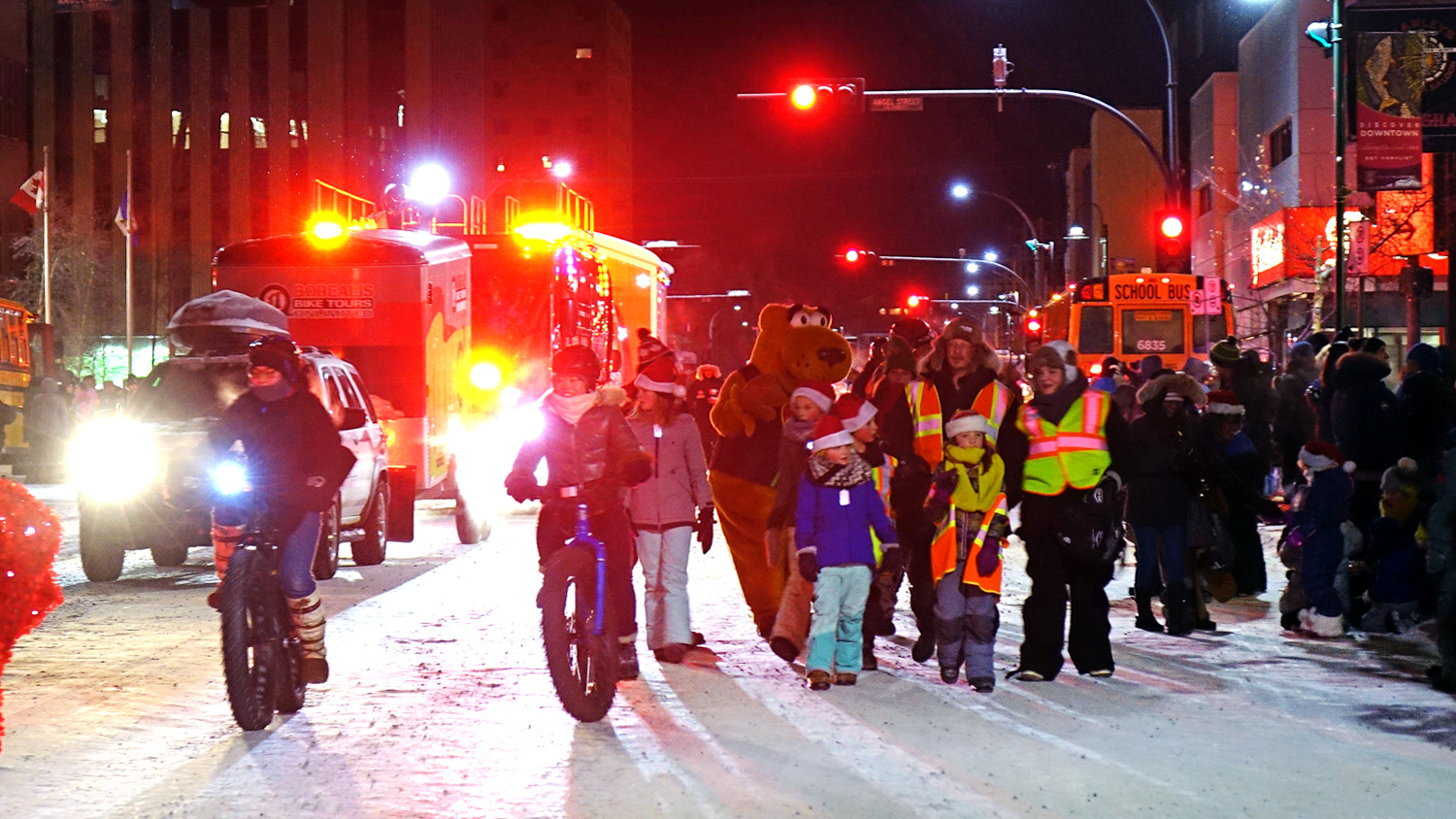 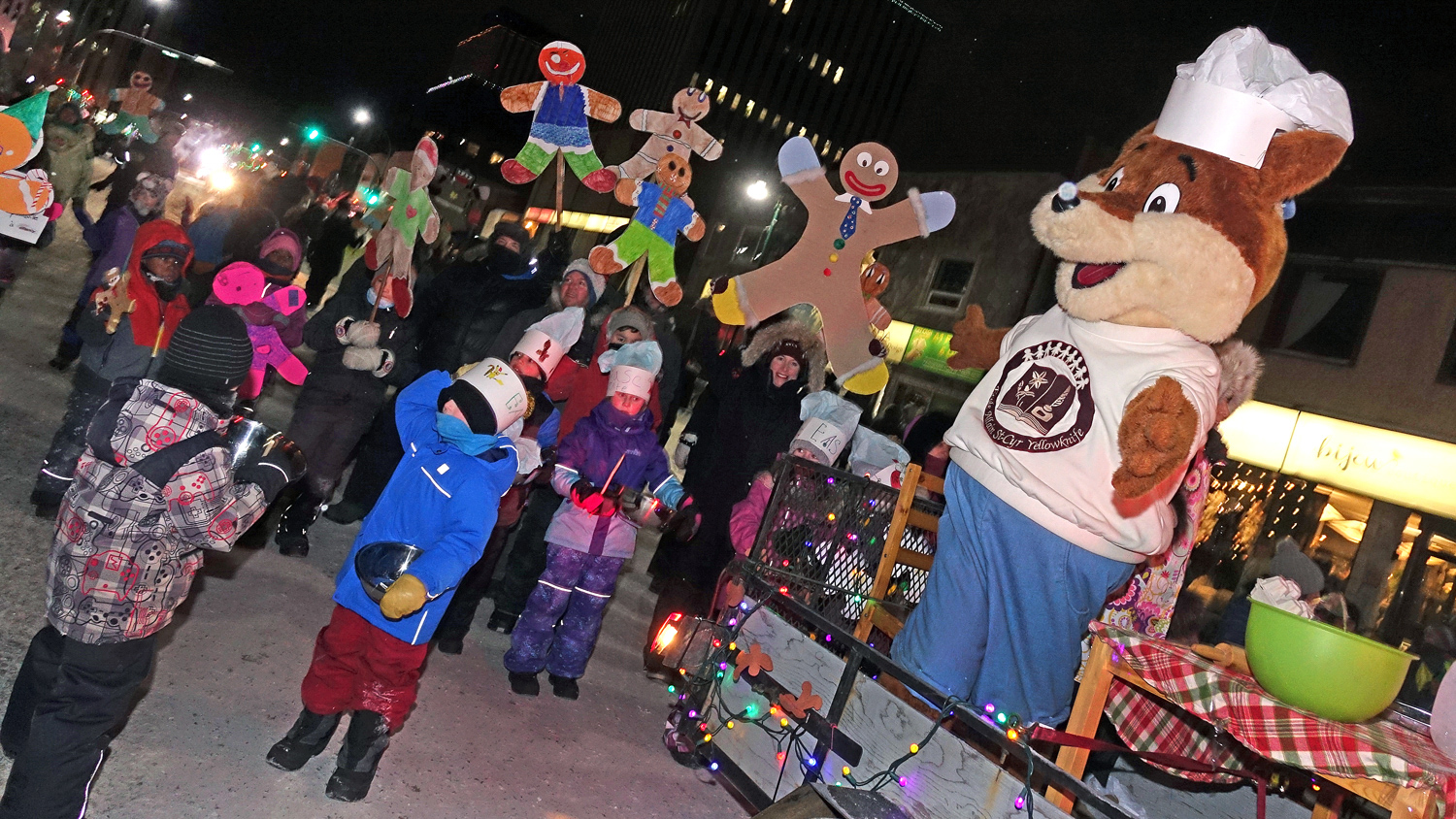 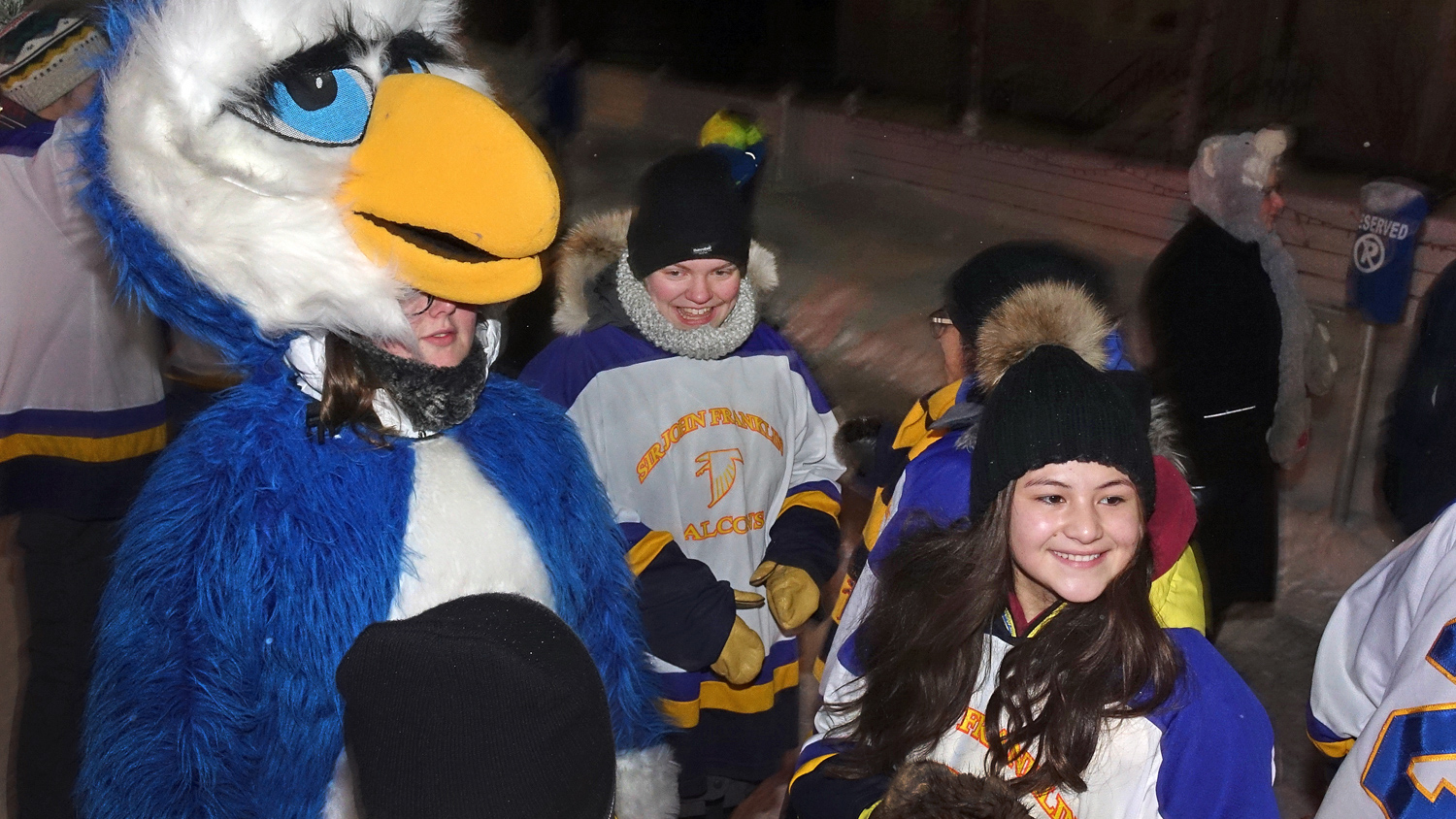