A silver Ford Focus caused a brief stir by off-roading through a downtown Yellowknife fence on Tuesday afternoon.

The vehicle left the road and came to rest in the front yard of a local realtor on 52 Street.

Nobody is believed to have been hurt.

An RCMP vehicle and a recovery truck were both pictured in attendance shortly after the incident took place.

It’s not clear why the vehicle ended up so dramatically leaving the road.

Shane Clark of Homelife YK, the business which owns the yard in question, said the driver had appeared scared.

RCMP could not immediately confirm whether officers had taken any action following the incident, or whether what happened was being investigated. 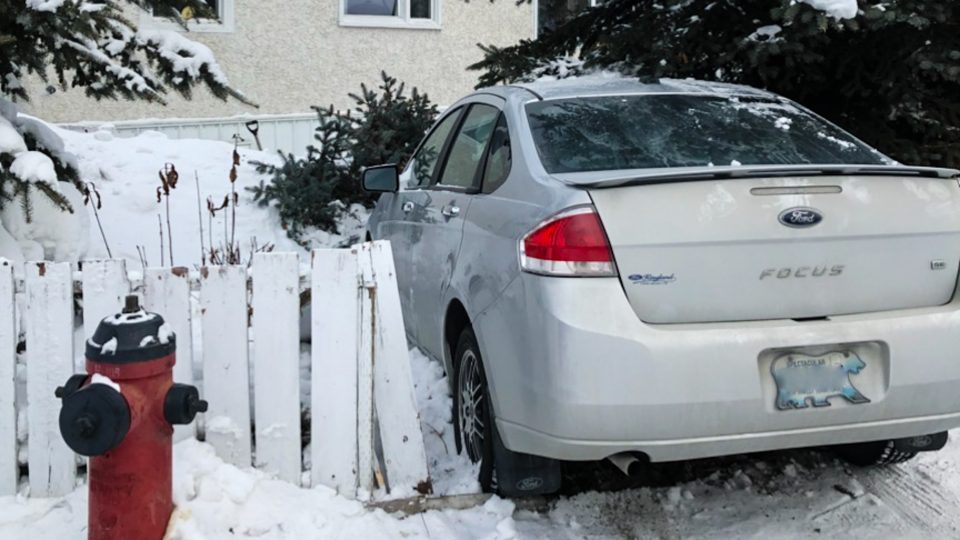 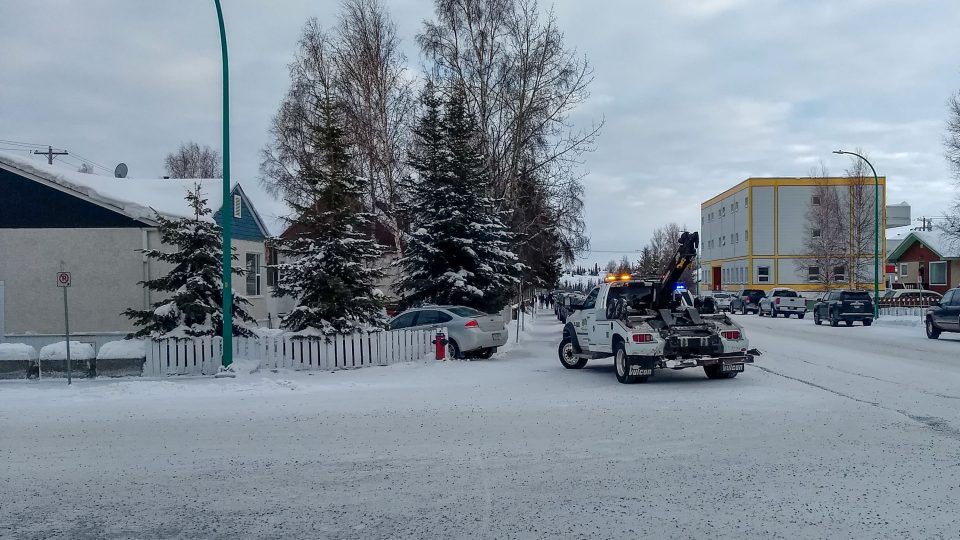 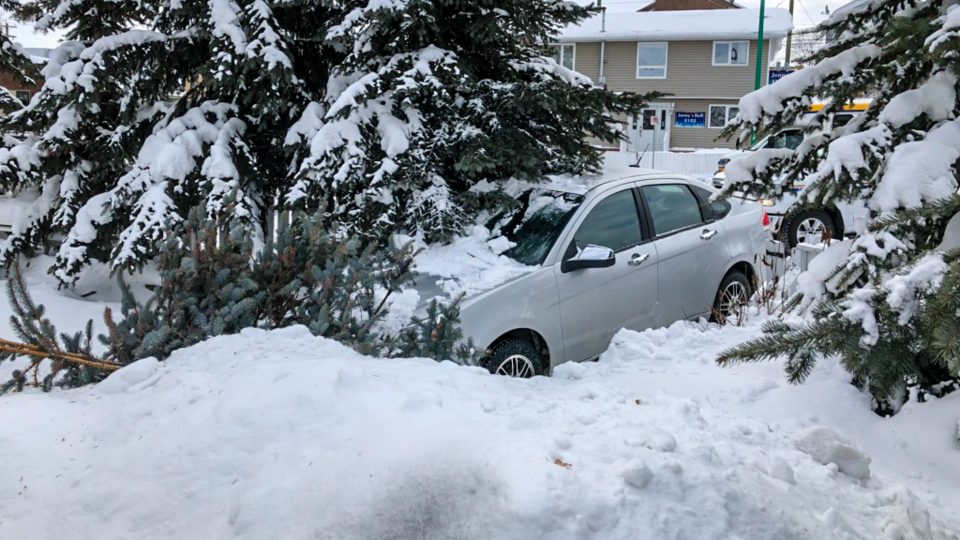