One of the NWT’s top dog mushing events takes place this weekend as teams arrive in Yellowknife for the Canadian Championship Dog Derby.

The derby goes ahead as planned with a start line on Yellowknife Bay, despite an unusually warm March causing the neighbouring Long John Jamboree to relocate from the bay to the fieldhouse parking lot.

While the Canadian Championship is Yellowknife’s annual showcase for leading mushers from the territory and beyond, the sport’s season has been in full swing since December.

Here’s a form guide for NWT mushers (though not all will be on the start line this weekend).

In February, one of the sport’s top events – calling itself the World Championship – in The Pas, Manitoba, hosted a three-day, 105-mile race with more than $50,000 in prize money.

In The Pas, Yellowknife’s Richard Beck came third with a time of six hours, 31 minutes, and 48 seconds, followed closely by Fort Providence’s Beaulieu – who was just three minutes back, finishing in 6:35:07. Reed was seventh in 6:51:04. 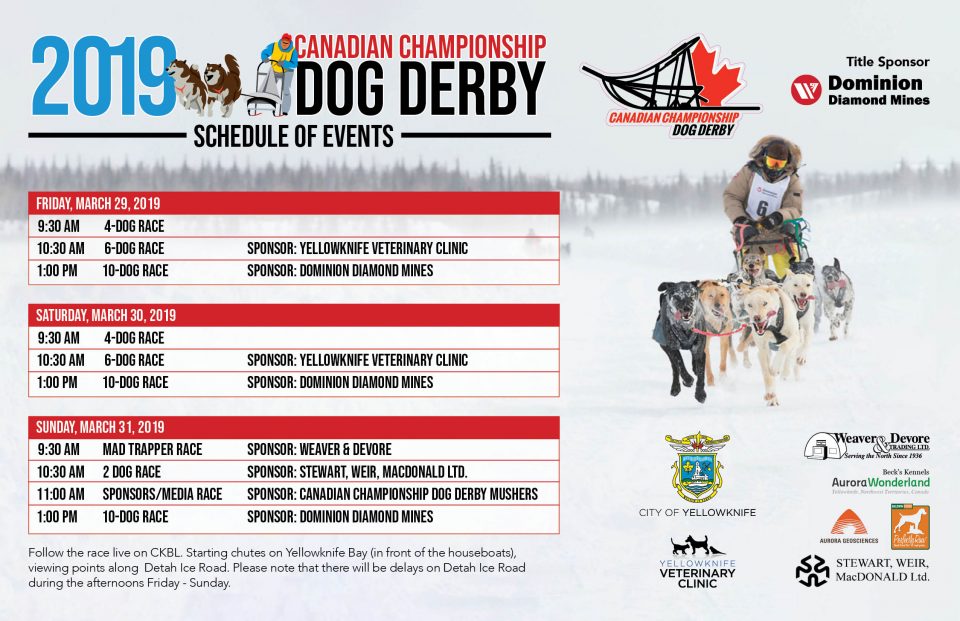 Meanwhile, at Alaska’s Fur Rendezvous, the NWT’s Brent Beck was the only NWT musher in action – finishing 14th.

On Thursday, Cabin Radio will continue building up to the 2019 Canadian Championship Dog Derby with a profile of NWT and worldwide mushers on the starting line for this year’s races.