Fort Smith’s fire department responded to a vehicle and garage fire shortly before noon on Monday.

In under an hour, the fire at 203 McDougal Road was extinguished and firefighters had left the scene.

“[He] was working his day job when he noticed the column of black smoke nearby and went to investigate,” said Moore.

Fifteen firefighters responded to the call and were on scene within eight minutes.

“Upon arrival, firefighters fought a vehicle fire that was parked in front of a garage,” said Moore. “The flames from the vehicle had spread into a nearby structure.

“Firefighters fought quickly and doused the flames, saving the structure. The vehicle is a write-off but, luckily, the structure only suffered minor damage and some smoke damage.”

Moore said if the call had come in just a few minutes later, the outcome could have been very different – as flames were moving rapidly into the garage.

According to the Town’s website, the residence belongs to Canoe Arctic operator Alex Hall.

The cause of the fire is being investigated by the NWT’s Office of the Fire Marshal. 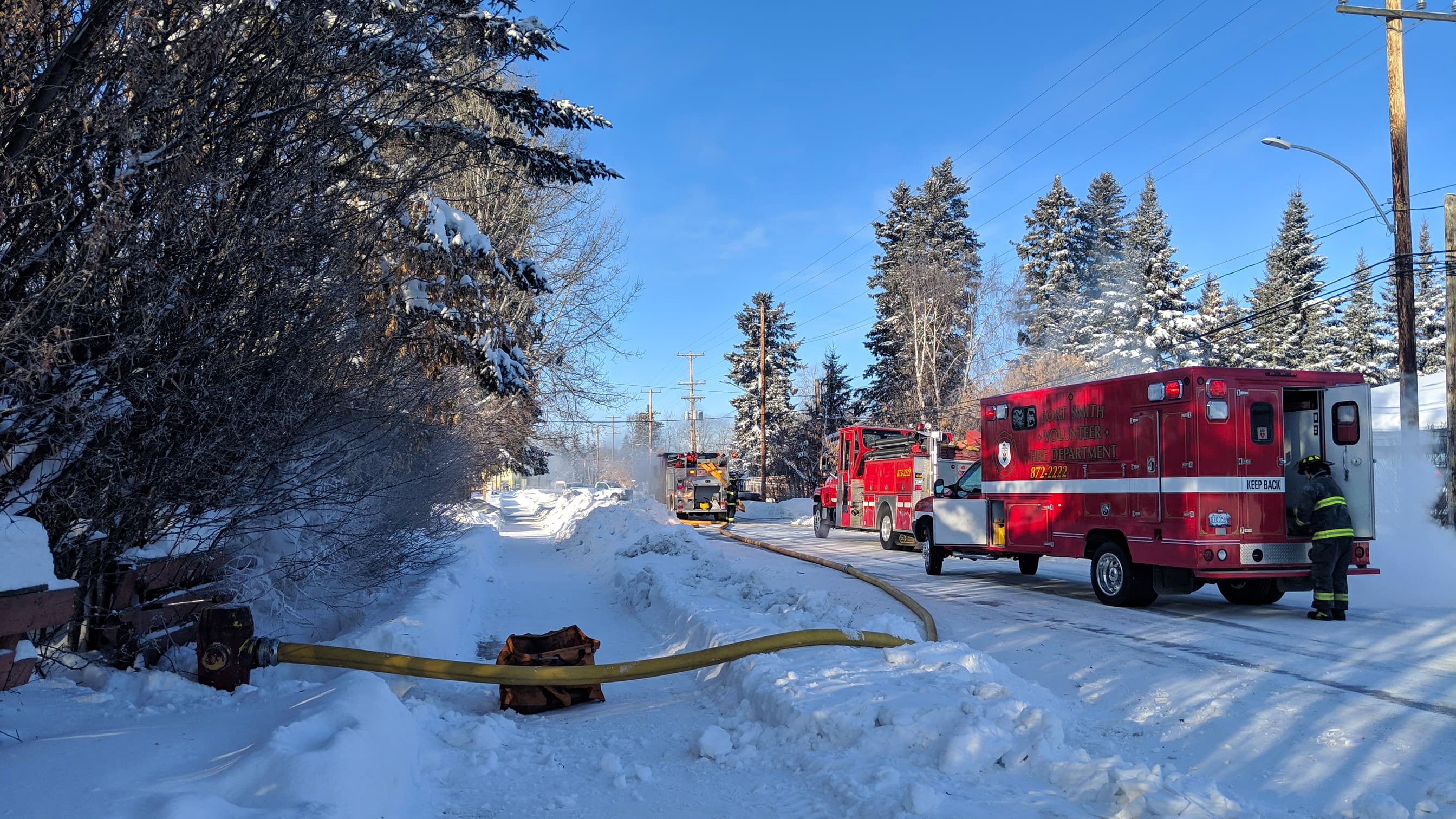 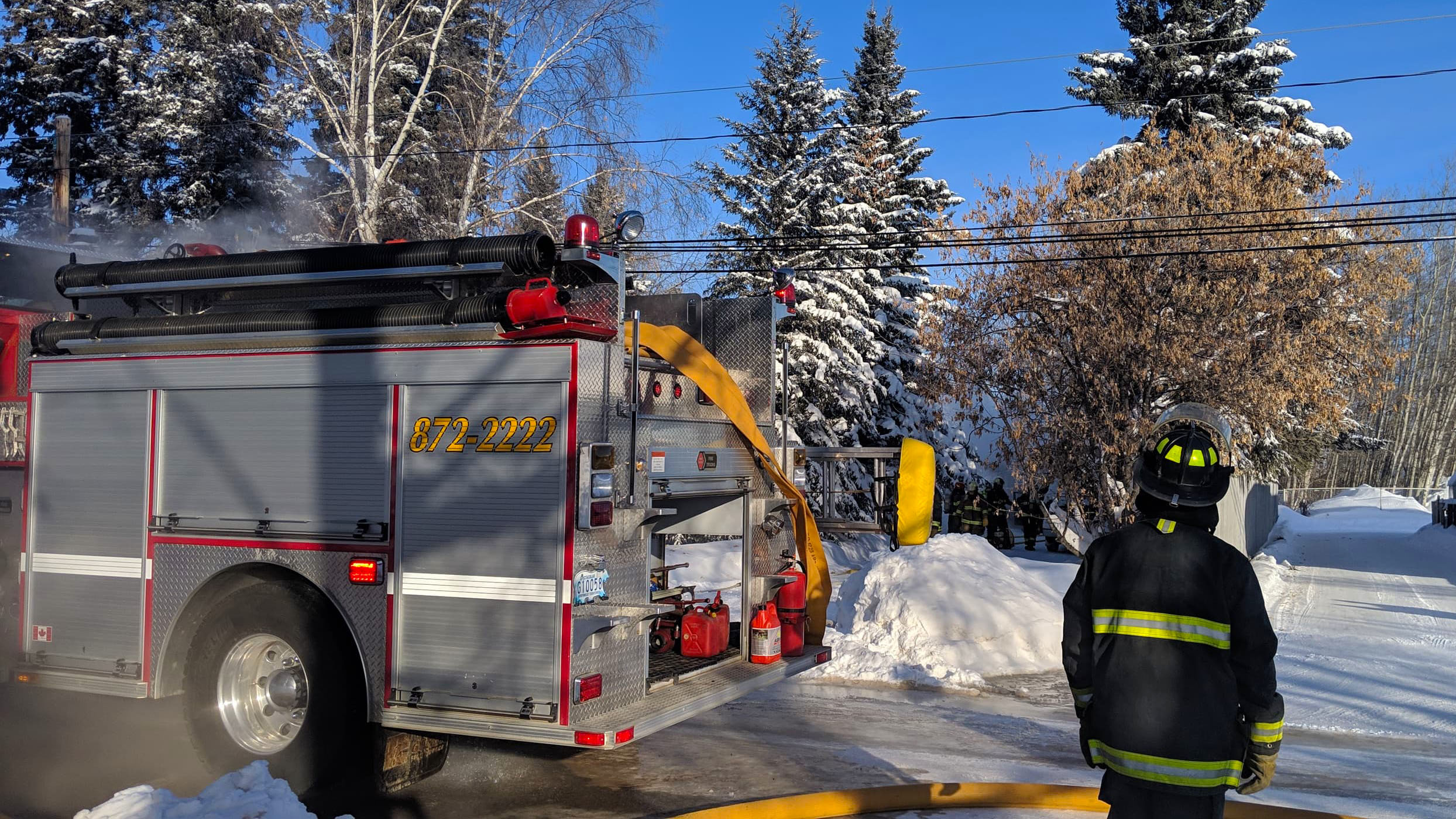 A firefighter responds to a call in Fort Smith in February 2019. Sarah Pruys/Cabin Radio