Despite poor weather, ice carvers from across the globe kept working away throughout the weekend to make these stunning works of art.

Using blocks of ice hauled from Yellowknife Bay, 15 teams of carvers competed in the De Beers Inspired Ice contest – including, for the first time carvers from Europe. The United States, Japan, Sweden, Belgium, and Italy all sent carvers.

Check out the best ice carvings below. Congratulations to everyone who took part and all who organized the event in its sixth year. 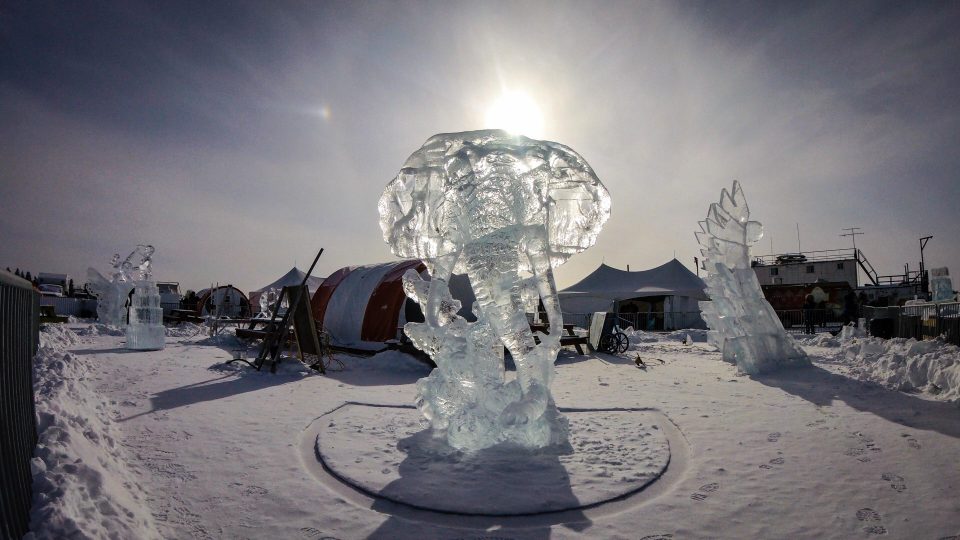 Above: Japan’s Junichi Nakamura worked with Shinichi Sawamura, who now lives in Alaska, to create this beautiful ice carving of an elephant – winner of first place by less than one point. 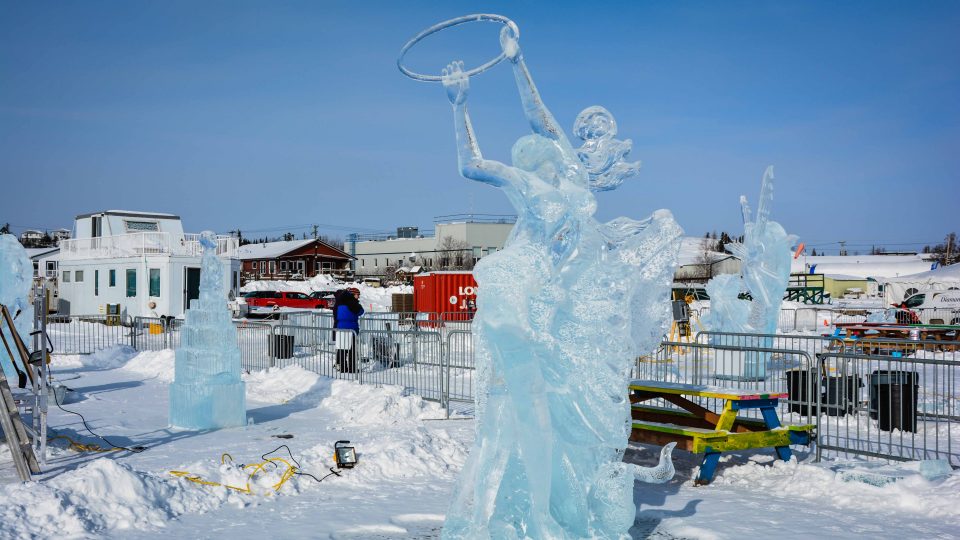 Above: Defending 2017 champions Peter Slavin and Chris Swarbrick scored 90.20 with this creation, behind the 91.17 awarded to the winners by the Inspired Ice judging panel. 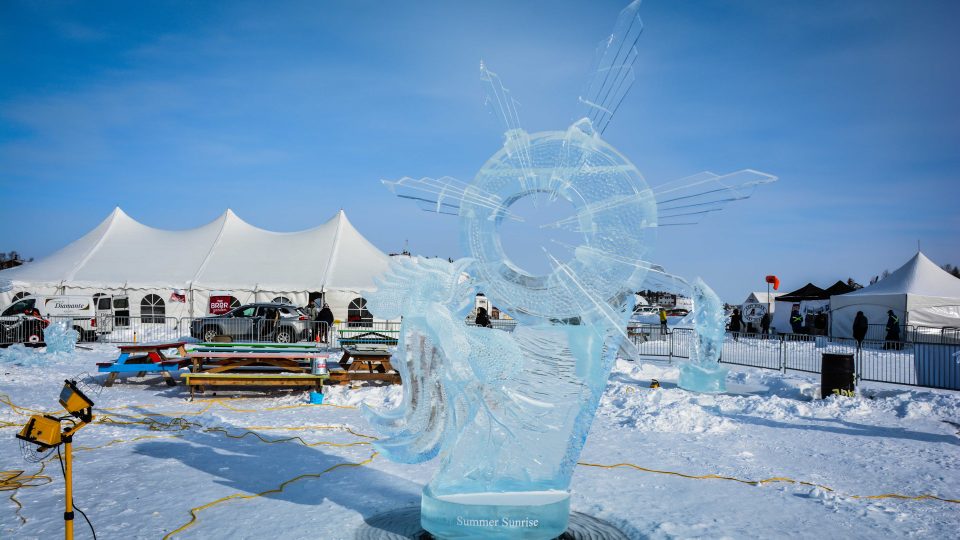 Above: Third place went to this piece, entitled “Summer Sunrise”, by Aaron Costic and Jeff Meyers from Ohio. 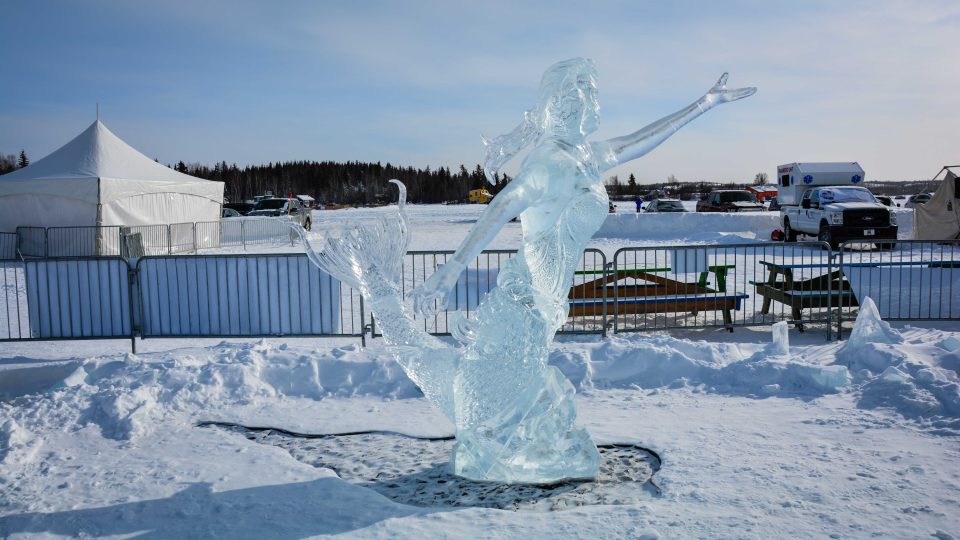 Above: There was a gap of around five points between third and fourth places. Fourth went to this creation by South Carolina’s Ed Hutchinson and Michigan’s Kaitlin Pfropper. 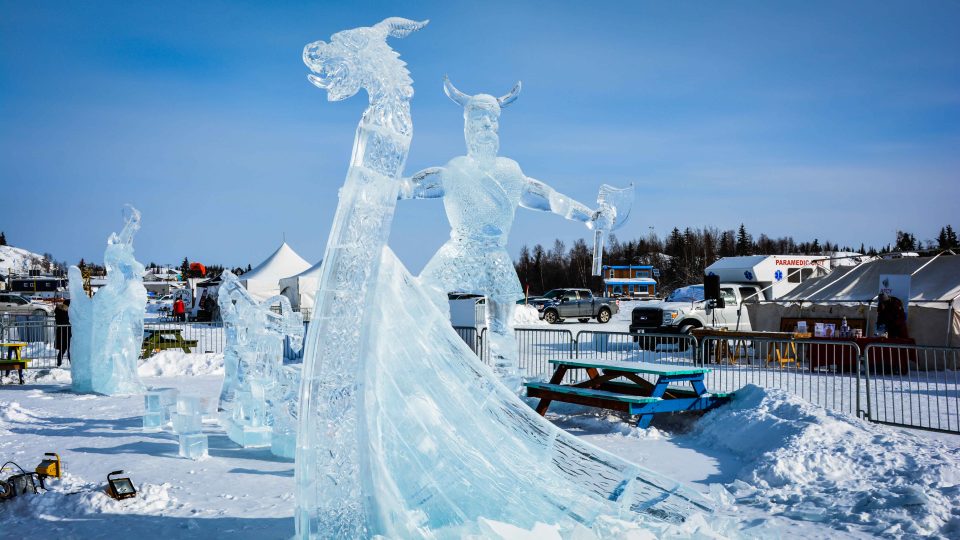 Above: “Victory at Valhalla” settled for “fifth place at Yellowknife” having been brought to life by Philadelphia’s Don Lowing and Chicago’s Dan Rebholz. 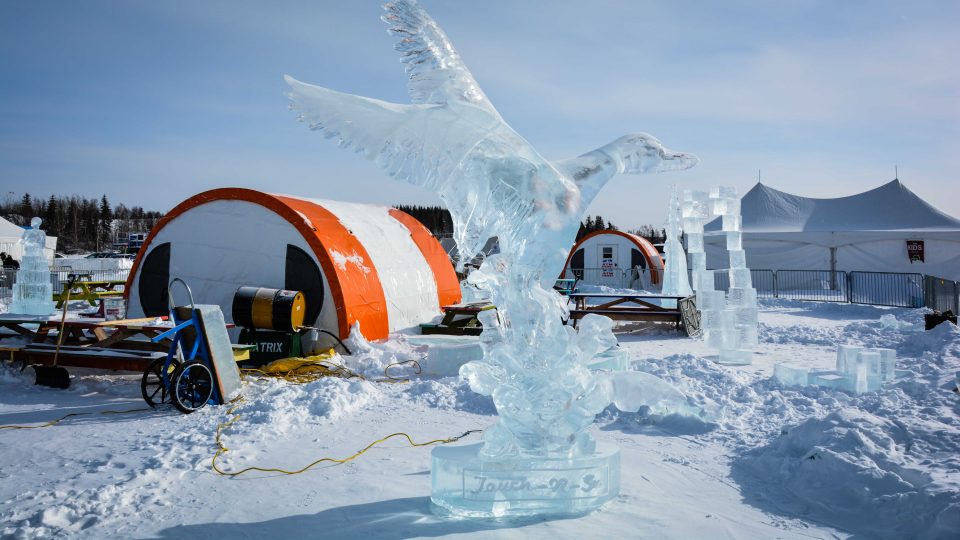 Above: Yellowknife artist Terry Pamplin stepped in at the last minute to help Stephan Korch of Indiana, whose team-mate was unable to attend. Appropriately, their piece was entitled “Touch and Go.” It finished sixth. 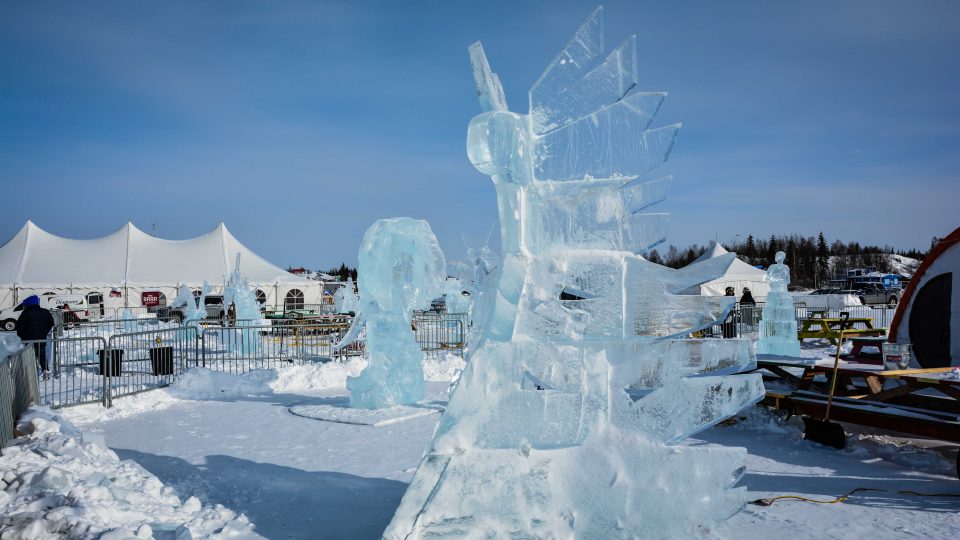 Above: This all-Yellowknife creation was sculpted by Joel Maillet and JD Hollingshead, for 11th place. 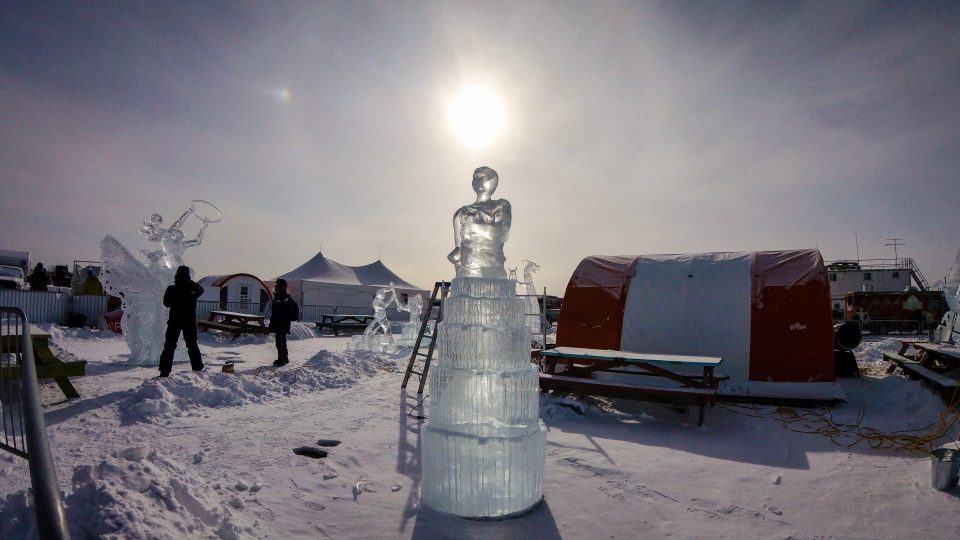 Above: Eli Nasogaluak, from Yellowknife, and Desmon Nasogaluak from Tuktoyaktuk sculpted “The Rising” for 15th place. Photos on this page courtesy of De Beers.