Sharp-eyed Yellowknifers may have spotted the arrival of an 11-foot muskox outside City Hall.

The beast has become an instant tourist attraction while stoically collecting snow on the edge of Somba K’e Civic Plaza.

If you’re wondering where it came from and why, all can be revealed.

The muskox is a gift from Québec (obviously).

Last year, the animal enjoyed a far warmer time of things as an attraction at MosaïCanada – a hugely successful Canada 150 exhibition inside Gatineau’s Parc Jacques-Cartier.

The park’s horticultural show, starring the muskox alongside other forms of Canadian wildlife, hockey players, Indigenous peoples, and sculptures representing all corners of the nation, drew more than 1.3 million visitors in 2017.

The muskox made an encore appearance in 2018 before being offered up by organizers Mosaïcultures Internationales de Montréal to the Northwest Territories as a gift.

The territorial government accepted and asked the City of Yellowknife if it had an appropriate home for the animal. “It now belongs to the City,” a spokesperson at City Hall confirmed.

The muskox was shipped to Yellowknife by Mosaïcultures Internationales de Montréal at no charge.

Its right horn appears to have come through a minor incident with the help of some glue, and the muskox’s former floral surroundings have been replaced by an icy blanket of snow, but otherwise the animal appears to be in good shape.

Given the muskox is now the City’s property, it’s not clear how long it plans to roam Somba K’e Civic Plaza. It may yet have a lasting home guarding City Hall and entertaining Yellowknife’s guests. 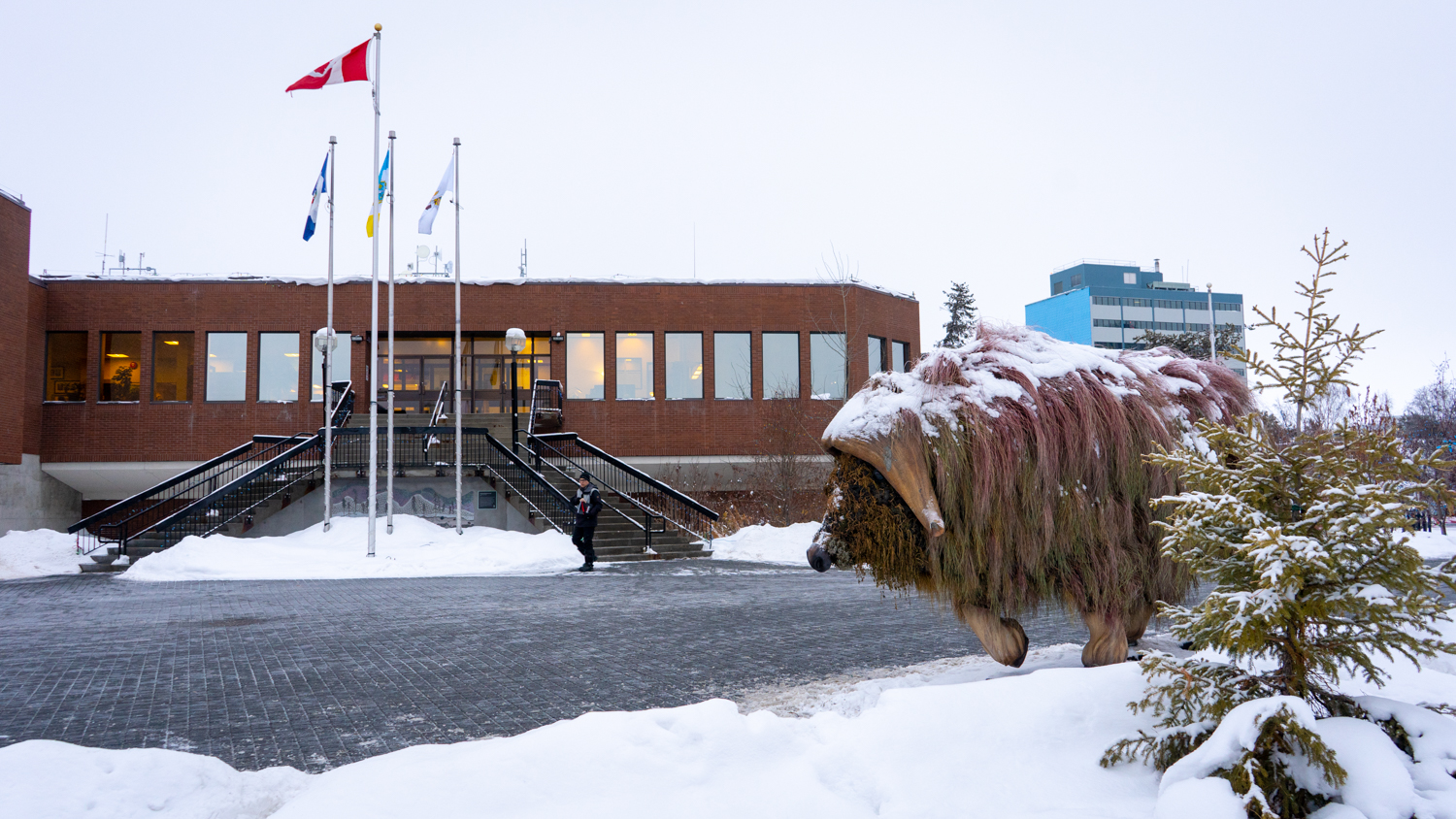 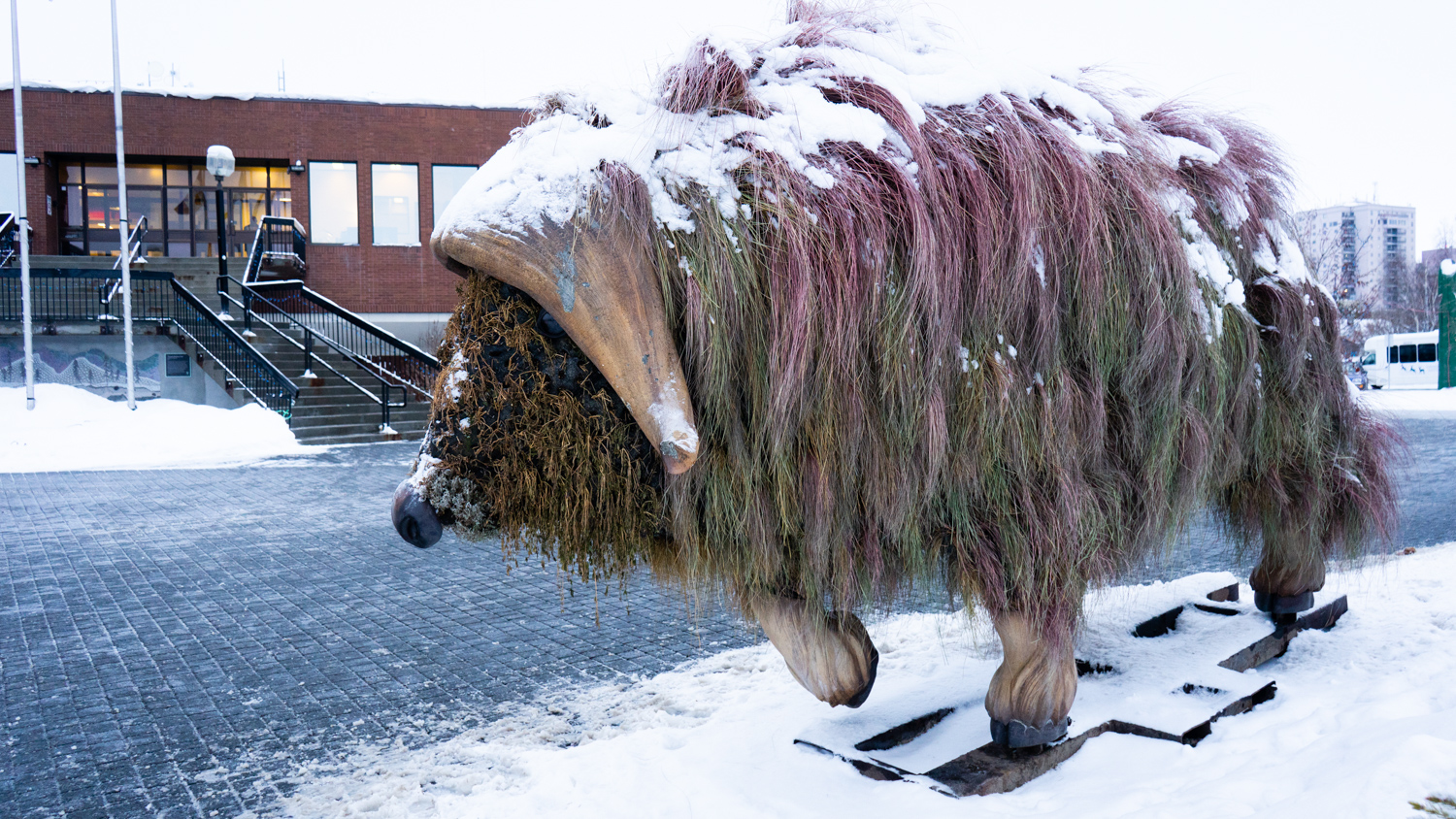 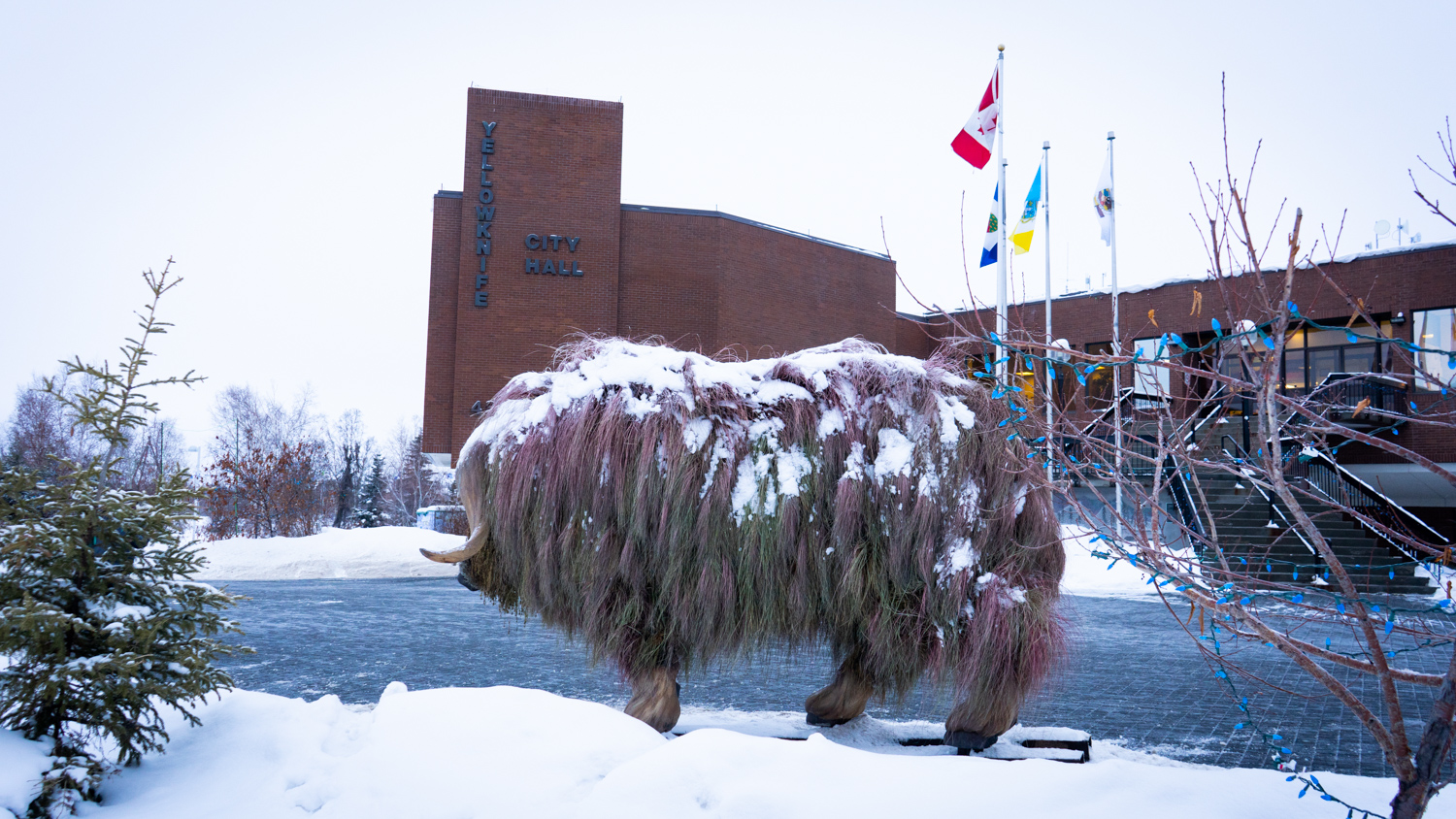